This document outlines the scope of the automated tests that are part of the .NET Core stack. This is to ensure that testing achieves the test coverage required for this project and future projects using the stack. 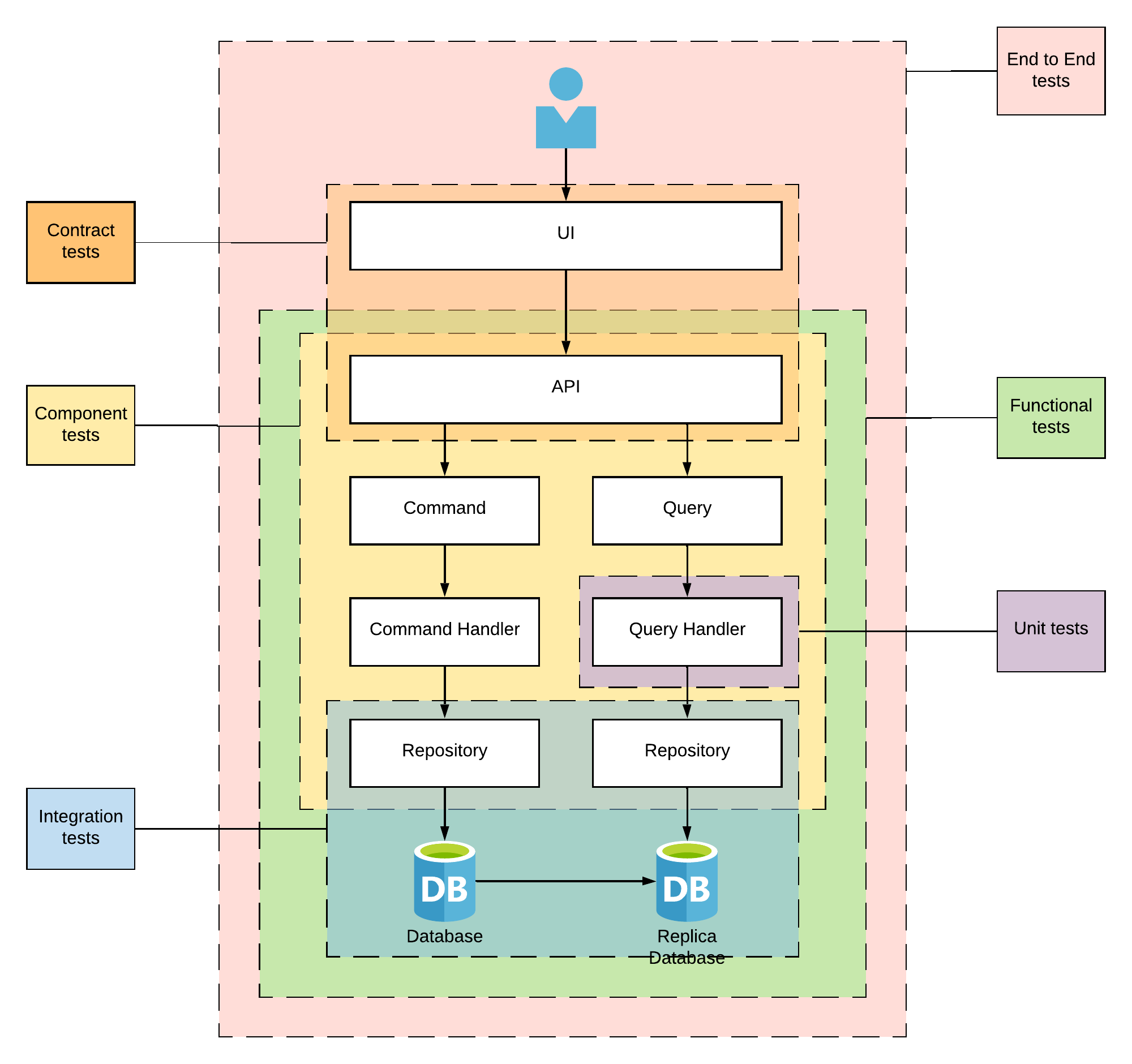 Unit testing is an automated test method where software tests are focused on testing small units of a system individually without any external dependencies.

The purpose of unit tests is identify and ensure the unit under test adhere to requirements either functional or non-functional, while ensuring future changes to the system does not break the expected behaviour unintentionally.

Component testing is a variation of Integration Tests where only internal component integration is covered, any external dependencies must be mocked.

Component Integration Tests focus only in the behaviour of integrated units within the component, component tests are not focused on individual behaviours contained within each component, but more the behaviour visible outside it.

When want to identify a chain of events triggered by an operation, if a successful command makes call to the right dependencies(mocked), the input data flows through the layers and are forwarded to the dependencies correctly.

Integration tests is a class of tests where individual units or components are combined with it's dependencies to be tested as a group. It's purpose is identify failures or ensure it's correctness when the units are integrated to each other.

Integration tests are needed to assist on testing areas where unit tests and component tests can't cover, it's main purpose is find integration issues and not the individual functionality of each unit or component.

Integration tests should support, not replace, unit and component tests, writing Integration is more complex than wittering other tests, because it might break more often when any of the units changes, for that reason, Component and Unit tests should be preferred.

Integration tests intended purpose is to test integration behaviour between two or more components, check if the data format provided and expected are valid, also encoding and parsing of this data, required parameters are provided correctly.

Contract tests is a variation of Integration Test that ensures that two services interact together in the correct manner. The tests consider one of the services to be the Provider and the other to be the Consumer and that the two parties adhere to a Contract that is set up between them.

The Provider is the system that provides a service to Consumers.

The Consumer is a system that consumes a service that the Provider has made available.

The Contract defines the request and the expected response required by a service.

When the contracts are not being adhered to, it is likely that the consumer will have issues when integrating with the new changes.

These tests use test doubles and real endpoints.

Functional tests ensure that individual elements of the system under test are functional.